Hey folks, AstroNerdBoy here. With as busy as my schedule tends to be any more, I’m kind of sad that I don’t find the time to rewatch some of the many anime titles I have on DVD.  I’m not sure why, but for some reason, I’ve been thinking about Toradora! lately. 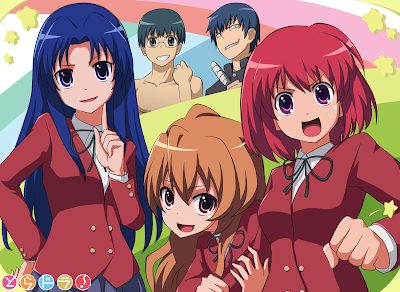 For those who don’t know, Toradora! is a tale of a high school boy named Ryuuji, who has a scary, thug look to him even though he’s really a nice guy. He has a major crush on Minori, the outgoing, athletic, always busy girl in his class. Minori is best friends with Taiga, who’s known as the Palmtop Tiger due to her small stature and her “don’t mess with me or I’ll thrash you to an inch of you life” attitude. Taiga is in love with Ryuuji’s best friend, Yuusaka. So, after some negative encounters between Taiga and Ryuuji, who turn out to be neighbors, the two come to a pact whereby they help each other with their intendeds. Also in the mix is the fashion model, Ami, who’s friends with Yuusaka, who clashes with Taiga, but who also develops an interest in Ryuuji when he fails to fawn over her like the other boys do. 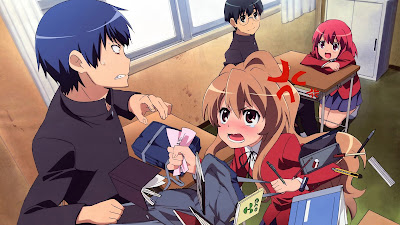 Toradora! was just a lot of fun to watch.  While I may enjoy a great many anime (or manga) titles, often times, the characters don’t seem like real people (which is not a hamper to my enjoyment).  In Toradora!, the characters do come across like real people.  This is due to the fact that on one hand, we see the characters’ facades and the immediate assumptions that come with it (the apparent thug; the glamorous model; the “nothing gets me down” girl; the tough girl; etc.).  Then, we get to see the characters as they are, which becomes greater as the group become closer as friends.  Plus, there’s the whole element of unrequited loves and what actually makes a good relationship. 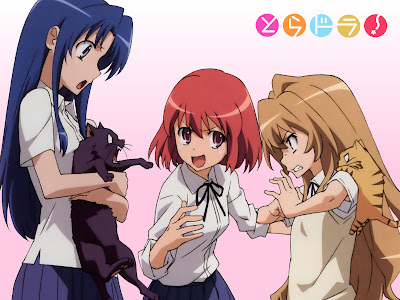 I don’t know if I’ll get to rewatch the anime anytime soon. I’d sure love to.  Seven Seas is publishing the manga adaptation of the original novels (my reviews of volume 1, volume 2, volume 3, volume 4, and volume 5 are on the blog — not sure what’s taking so long for volume 6 to get released), so even if I can’t quite get to the anime, there’s always some manga reading before bed. ^_^ 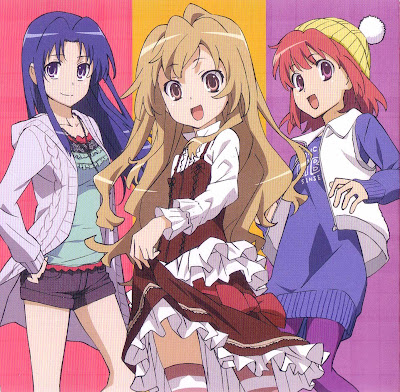