The three girls continue their movements deeper into the radiated metroplex while Mishima tries to learn more about who’s behind the supply deliveries that weren’t sponsored by the government. They find a key outside of a prison facility, which there are two guards. When they report the key to Mishima, he says he’s coming immediately due to tag on it. Ibara reveals herself to the two and quickly discovers they are the ones supplying the survivors in Tokyo. The other two come in as they had the key over, which goes to a specialized tractor-trailer, complete with a shower. One of the two is an old man, who’s relieved when he discovers that some of his missing people have actually been saved.

The group heads out in the truck to rescue an old woman as Mishima discovers the name of the old man, SHIBA Denjirou from Mitsuboshi Heavy Industries, the one who designed the reactor that failed and caused the nuclear accident. As Ibara goes out to find the old woman, who claims to be under attack by monster crows, Mishima orders Ibara to hold Denjirou no matter what. Denjirou hears this over the radio and promises not to run if Ibara saves the old woman. Ibara sees the crow, which is actually a B-2 Stealth Bomber. The bomber lands at a nearby air base as some of the crew try to take her away. Ibara saves her, so the bomber and its crew flew. Denjirou, his companion Kamata, Aoi, and Takeo arrive in a jeep, their truck having been bombed. They decide that the “bird” can’t be allowed to get away, so they ready a shoulder fired, anti-aircraft (Hand Arrow) missile launcher.

This episode covers chapters 11 through 16 of the original manga. 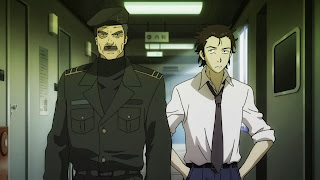 While there was some stuff cut from the manga for this episode,
especially in the explanations of some of the different types of
radiation and its affect on local plants, most of it survived.  Also, there’s an explanation of how the girls break down radiation. 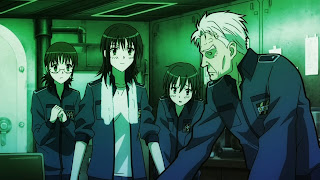 Last episode, I mentioned how the manga went into a lot more detail on a lot of things.  One thing the manga was setting up were these super “hot” radiation zones, which the anime pretty much glossed over. For this episode, that topic comes up, only without all of the setup, this episode seems more like it is suddenly finding it to be a problem when that was strongly hinted well prior to that in the manga. 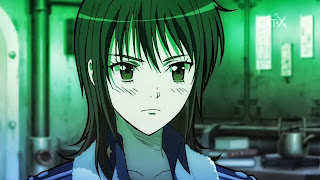 It is understandable why Dr. Shiba would do what he did since he feels guilty. I really wish that the extent of the nuclear disaster that was shown in the manga was shown in the anime, beyond the ruined city. Regardless, with that in my mind, I really understood what he was feeling while folks only watching the anime won’t have the same impact. 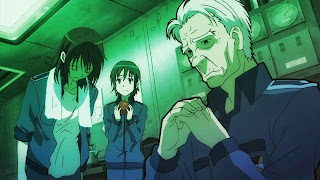 The big question, other than these weird radioactive super hot spots, is the B-2 Stealth Bomber that is in the area. The implication is that it isn’t part of the Japanese Self-Defense Force, which would imply American to me. They did mention it was modified in the manga, and this plane did have some sort of cargo ramp, which I don’t think the real B-2 has. Still, what would they want? 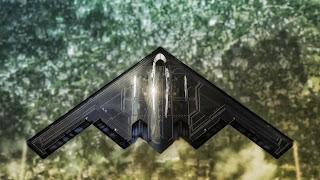 As to shooting it down with a Hand Arrow missile launcher, we’ll see if they pull it off. It could be done, but it would take a really, lucky shot, or the B-2 not having counter-measures, which is unlikely as well. After all, they’d have to catch the plane, which should just fly off like no one’s business. 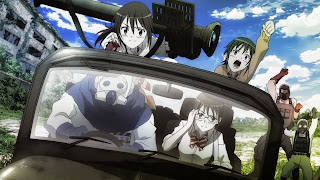 As a side note, I’m glad Miku-chan is still around. It is sad that she’s an orphan though. 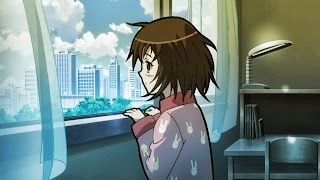 We’ll see what happens. There’s interest in the story here, more so in the manga, so I’m going to keep at it. 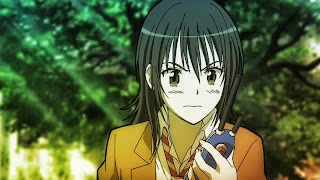